Well I’m so sorry to disappoint you but there is no secret to operating without sleep it’s bloody awful!!

I have to say though, since my last blog post The Vegan Within… Happy to Save The Cows, but I’m NOT Wearing Tie Dye… I feel on cloud 9 for the most part… (If we set aside the vanity of my industry and the drive for money above humanity…)

But nothing negative is going in this blog today!! You can’t stop this train!!

Having gone to bed exhausted after two days running around London off the back of limited sleep, I woke multiple times to consistent but sporadic crying, until, at around 3am, my partner Anna said that she’d take baby downstairs so I could sleep…

However, as soon as she went down my body went into reset and I was done! I have this issue that if I shut down even for an hour or so and something wakes me up, then with a relatively fast paced mind, it’s often almost impossible to get back to sleep.

So I thought, sod it, I’ve just got the consultancy contract of a lifetime, lets go and focus on that to make Friday a breeze, so I stuck on the old casuals after 2 days dressed like a posh lad, as there’s no need to wear tweed in my own home; and I hit the desk…

That said, my desk was an absolute bomb site over weeks and weeks of not really getting round to anything, so I took everything off, threw away everything that created the clutter and got rid of anything I thought was not worth looking at again in the context of my current hotel & retail projects, I then set about cleaning the desk down thoroughly, before spilling my morning coffee over everything on the desk and in part the floor… and then cleaning everything again, many elements on a case by case basis this time; not conducive to getting a head start on my workload as planned!

However, when you kick off at 3am, it appears irrelevant if you p*ss coffee everywhere, because it’s still oppressively early and operating as fast as I do (especially now I’m t-total and 50% vegan, on a base level) you’re still going to make a serious dent in whatever you set about achieving.

I didn’t get much work done so far to be honest, partly because my living room is now immaculately clean and partly because I sent a lengthy email trying to support a friend get work after being sh*t on for years, to the point I have had enough and being the well connected chap that I am I just want to get it sorted so the poor guy can breathe!

If you’re an employer and you’re reading this, do me a favour… don’t prejudice someone based on age, if they’ve got 10 years left in them and more contacts than god then you’re still going to keep them longer than one of these millennial x-factor generational tossers who only want you as a stepping stone to the next role they’ll doss about in before they shift again, as I’m now seeing on a daily basis.

Where the hell is the humanity or more importantly the general logic now days…?!

I’m not sure there’s much more to say in this short blog today, as I need a few bananas to keep a bit of mojo and if I start doing some work now, as it’s still only 6.22am, I can still do more than one of these youngsters in before the sun comes up…

So I leave you with this…

If your sat at your desk today and you take just 3 minutes out for me, to just think about your life, just 3 minutes; and as most people are only 40-60% work productive anyway I’m sure you can do that for me…

I want you to really think about yourself, who are you, what is your purpose, what do you want, are you happy? Don’t you just want to be happy?

If the only focus was to get up and be happy, are you currently where you were born to be?

If the answer is YES, if the answer is that you’re happy then go out there and I hope you absolutely smash your Friday and have a good time this weekend!

However, if the answer is NO… lets imagine everyone’s too self absorbed to care about you, or what you SHOULD be doing with your life (shouldn’t have to imagine too hard, just stand in central London at rush hour for 2 minutes to create that impression, that usually works for me… I’ll start again…

If the answer is NO, you’re not happy, or you’re not where you were born to be, or dreamed you would be at this stage in your life, then what can you do to change that… And where do you want to be in a year if you’re not mown down by a double-decker bus, or a white van man tomorrow?

I can now, finally, after 15 years of crap and anxiety; to the point of attempted suicide on multiple occasions, trying to fit into societal standards, tell you that if you take that 3 minutes or give yourself the luxury of more and focus on what YOU WANT for a change, rather than whether your boss has a bit more money and you have a bit less self esteem, then I promise you, I cross my heart… you’ll wake up tomorrow and next week will be a whole different ball game!!!

And to all the employers who are thinking it may be a good idea to burn my house down at this point, just remember, you had hopes one, so either let them go, with a pat on the back, or bloody well change your mentality and inspire them!!!

Have an amazing Friday, to the 500,000+ people I’ve managed to reach so far, thank you for being that change in me, in a couple of months if I’m still feeling like this, then I may have just found a cure of manic depression and bipolar disorder… and there’s not a hint of lithium in my morning banana. 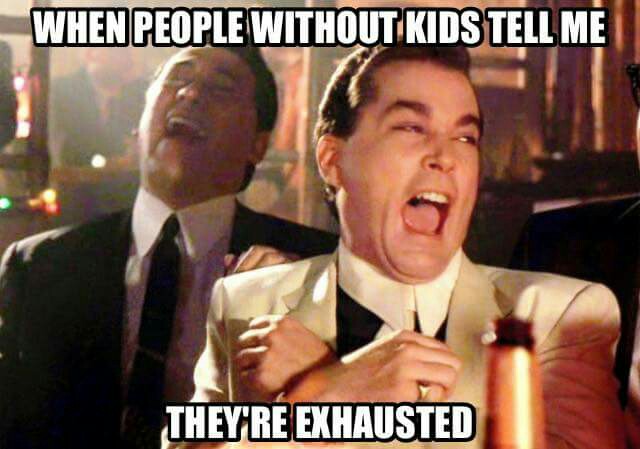 Entrepreneur - Traveller - Commercial Thinker - Problem Solver - Mental Health Ambassador "Many of life's failures are because people did not realise how close they were to success when they gave up." Thomas Edison "To see the world, things dangerous to come to, to see behind walls, to draw closer, to find each other and to feel. That is the purpose of LIFE." - The Secret Life of Walter Mitty "I'm convinced that about half of what separates the successful entrepreneurs from the non-successful ones is pure perseverance." Steve Jobs View all posts by TheBipolarBusinessman

4 thoughts on “Bipolar Baby Days – Finally! The Secret to Operating with NO SLEEP!!”